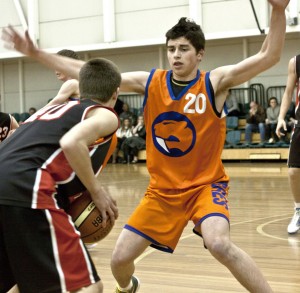 And here I am in 2010 getting involved again after a 20 year absence from coaching at the club.

I got involved this year as a supporter because of the screenplay I’ve been working on. I’ve attended some training sessions and games including the finals to tap into the ‘coaching feeling ‘ again.

I needed to do some research so I can write an authentic screenplay which has a basketball background and focuses on men’s relationships.

Will I ever get back into coaching?

I prefer to do my coaching from my armchair.

It’s much easier and I never lose a game.