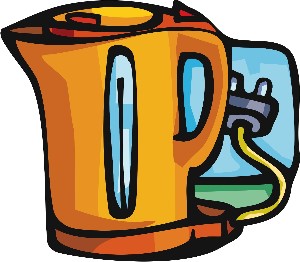 Last week we caught the 7.30am express train to the city.

Well, it turned out to be the slow express because of a hold up ahead and each station we came to was overcrowded and an avalanche of people tumbled into our carriage.

Then a wonderful thing happened.

An anouncement  over the P.A. system apologised for the delay. But this was no ordinary announcement. A laconic aussie voice sounded, cracking a couple of good one liners about the reason for the delay.

The ‘ocker’ announcer must have been in his sixties, had a voice that you would  recognise in any country pub. It was as if he wandered into the train station office, picked up a microphone and announced he was going to tell a story and it was a beauty.

Thirty years ago, grandma was living in a remote part of the state that had no electricity. One day a travelling salesman convinced her to buy  an electric jug. She soon discovered that an electric jug needs electricity to run so the jug was useless.

Grandma found a use for the jug.  She placed it on her mantlepiece and put flowers in it,  turning it into a vase.

I can’t wait until the next 7.30am express train ride.

And the next story.