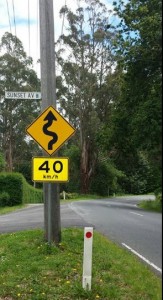 Here in Australia you’re allowed to drive up power poles as long as you don’t exceed the speed limit of 40km/h.

Yes, we are a bit quirky here in the land of oz – you have to be!

How else can you deal with the following:

Boxing Kangaroos
Watch out for those buggers, they fight dirty – they use their feet

Huge Shaaaaarks
They make Jaws look like a tadpole. Watch out for the ones that smile – they’re deadly – known as smiling assassins

Vegemite
Sometimes known as axle grease but that’s a bit harsh. I like vegemite on my toasted bread

The G’day Bug
Be careful – once bitten you will never be the same. Forever and a day you’ll be saying ‘G’day’.